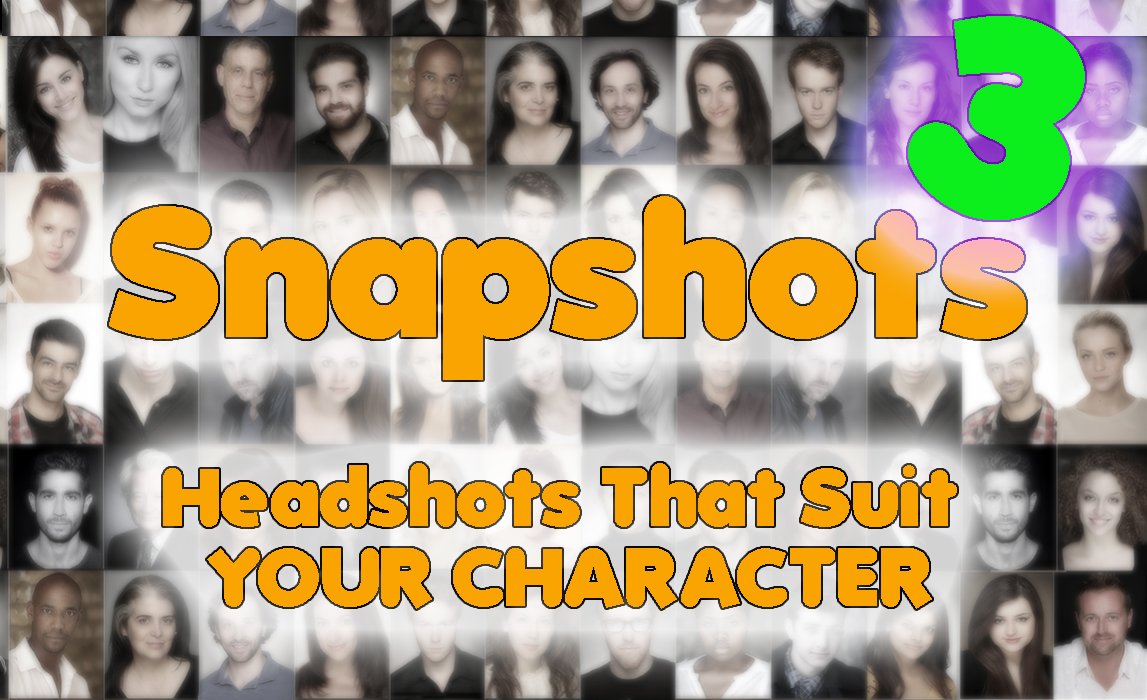 Headshots That Suit Your Character

Welcome, to Snapshos the actor’s headshot advice show, this episode isis about shooting headshots that suit your character. Why is it important? Well, it’s important because, if you think about it – your face that is, and look in the mirror,. take the time to really look at who you are in terms of looks. This is actually quite important as an actor, to look in the mirror and study your face and realistically think about the kind of characters you’re likely to play as an actor.

Time to be honest

For instance, if I was looking at myself, am I liable to play a young, handsome lead? Am I liable to play a romantic role? No, I don’t think so. My look will play possibly pitch me as a doctor, something like a therapist or psychiatrist. Or maybe, I going to play someone who looks like a bouncer or a tough guy. Understand your look it’s crucial to getting more auditions. I know you might want to play somebody who’s soft and sensitive but does your face suit that type of character?

In my case probably not. So accepting the kinds of role you’re liable to play is a really big step forward in understanding your castability. And once you understand your castability, it makes it so much easier to shoot headshots and suit the kind of roles you are liable to play. Therefore submitting headshots that suit the character being cast, this means a better chance of getting to an audition.

And also, when you’re applying for those roles, roles that suit your character look, you have headshots that actually suit roles. This first headshot, is the friend of mine called Peter who I’ve photographed for many, many years. He’s a very versatile actor. When we look at this picture, what do you see? Instantly we see him as a nice guy, a friendly guy. An older father or your granddad kind of thing. Happy, friendly and confident. What we do is we look at him and we see he is a nice guy. If he was applying for a role that was tough and edgy this picture wouldn’t be suitable at all. And I would imagine that the casting director would have to work really hard to see this nice, warm, friendly, affable guy as a tough guy. 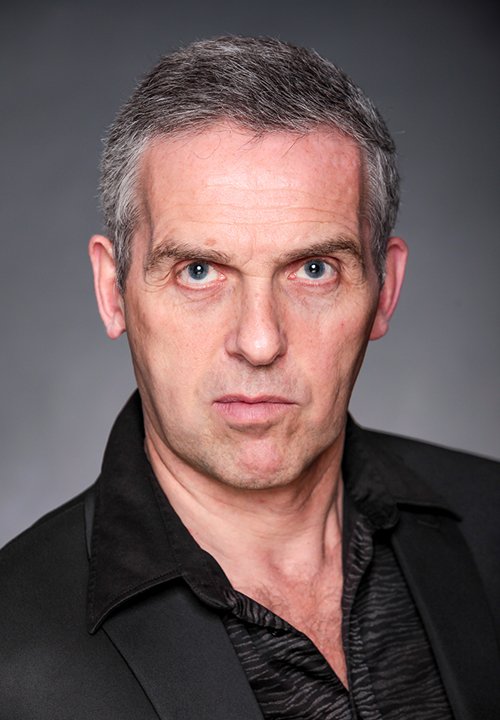 However, if he sent a casting director this picture for that very same role, then he’s much more likely to suit and fit the role initially on first impressions, and we know h

g about understanding the message your headshot sends, it’s really important to understand that. We can see this girl has a very definite look. It’s quite strong, she is connecting with the camera, she has emotional eyes and even though her eyes are quite dark we can see her intention. 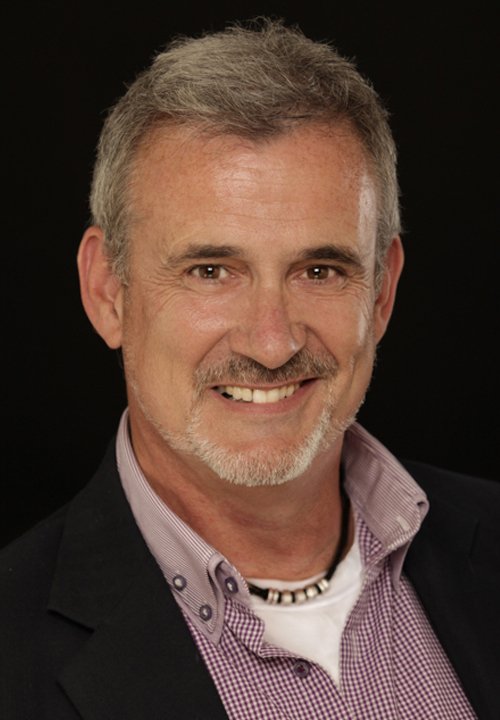 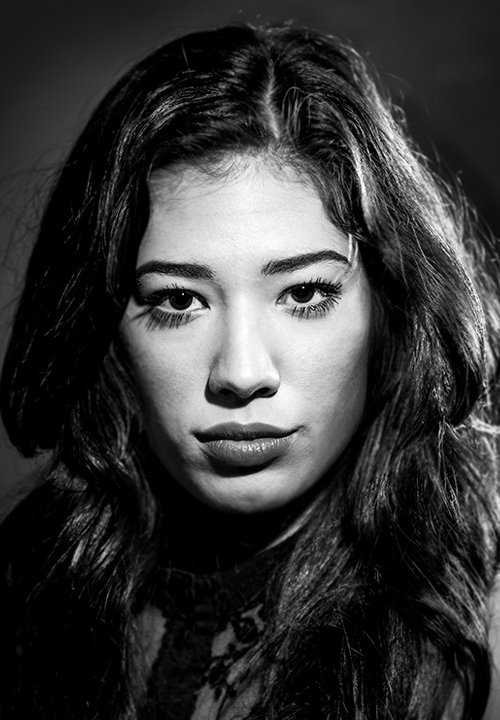 It’s quite a sultry kind of picture. So you don’t imagine this woman in this photograph playing the cute the girl next door. I know she can as we did some of those headshots in our session. But I also know from this picture she couldn’t, it’s a completely different character look. So obviously she understands her look as as well as understanding her castability. She knows that by sending in a photograph like this to the right casting, she has a much better chance of getting called in to audition.

So let’s lookout this next headshot, a really nice, warm, friendly middle aged guy. Very similar to the one earlier he’s a nice friendly guy. You wouldn’t, in any circumstances looking at this photograph consider him to be a tough guy.

So, let’s take a look now at his next headshot. Once again, a very strong, definite image. This image is creating a character she could play, but it also gives her a very definite look, compared to this next photo. In this one she actually looks a little more edgy, vulnerable, as a different character to this next one where she’s a little more thoughtful, more intense. She also looks quite young in this photograph. Still, she looks young and fresh in this one bit more thoughtful, little bit warmer as well. But if you look at all three of her photographs (and this is what you should be aiming to get out of each and every headshot session, something like two, three or four different characters).

Shoot headshots to suit your look

If you do your preparation before the shoot correctly, then you have a much better chance of getting a better results headshot shoot. A lot of actor’s headshot advice is common sense, you just need to apply it.

So we’ve gone through these images, and we’ve had a look at the kinds of characters these actors in the play. What you need to do as an actor is understand your castability. Sometimes this can be difficult to accept, it can be tough to accept that you are no longer in a casting range of early 20s. You are now in a range of late 20s or early 30s.

There are lots of people I photograph who come to me and say to me, ‘my casting range is 20 to 25’. And quite clearly I look at them and I think well, I think your actual playing age actually 30 to 35!

So it’s a delicate balance for an actor to accept and understand and be aware of what category is much better for them. And it gives them a better chance of shooting headshots and suit their characters therefore catching the eye of the casting director And hopefully, you’ve got the right CV. If you have the right CV and the right look then you’ll a much better chance of being called into audition. If you’re unsure ask your friends and colleagues.

Consult with your peers

Ask friends who are in the acting game. If you’re still taking acting classes, ask your teachers, your tutors, ask your fellow actors and ask them to be honest. Honestly is better than flattery. And if you are fully aware of the character you are liable to play, you have a much better chance to get an audition. And remember, it’s the audition where you show how good an actor you are. It’s not your headshot that gets you the role all it has to do is catch the eye of the casting director.

And so understand your castability, make the right first impression, you’ll hopefully have a good CV, the right experience and then get called to audition, where you can WOW the casting director and show them how perfect you are for the role that.

There’s plenty more actor’s headshot advice like this in my blog at nickgeagan.com/blog. And also and I’ll be doing these snapshots twice a week. And if you’ve got something you want to talk about, drop me a message and I’ll be delighted to talk about it. This is all about helping you guys out there to understand what makes a good, epic headshot, a headshot with WOW factor, a headshot that will catch the eye of the casting director, a headshot that will hopefully get you more auditions. Without a good headshot you’re never going to get many auditions.