Are You An Authentic, Honest Actor?

Are You An Authentic, Honest Actor? Part 1

Do you follow an acting method, are you consistently true to the role and yourself?  Do you give the real you in every performance? Are you an authentic, honest actor?

Are you an honest actor?

I’m sure you are honest when you’re performing, it’s hard not to be. With most actors, acting is their life, it’s not a job but a lifestyle. When you tread those boards something happens to you. You come alive, it;s something have to do that comes from deep within you, it’s a vocation.

You need to perform and you need to be an authentic, honest actor if you want to be a real actor and a successful actor.

There are many types of actors performing authentically using skills learned at some of the better-known schools of acting. Techniques such as the Stanislavski Method and the Meisner technique are popular. But there are also actors without formal training who are ‘method’ actors because they give a real, honest performance every time.

Whatever their training it’s about being real and giving authentic, believable performances in character.

It’s why the audience engages with an actor. It’s why the viewer believes and invests in the character. It’s because the viewer can relate to the performance.

Bear in mind how important authenticity and honesty are in an actor’s performance and, the difference they can make to your connection with the viewer. You would never give a half-hearted performance, you’d never knowingly let down the other cast members.

But you should ask yourself if you are an authentic, honest actor in every performance you give.

Remember, your headshot photo is a performance for the camera and the eventual viewer. That is the casting director.

Are You An Authentic, Honest Actor in your Headshot Performance? 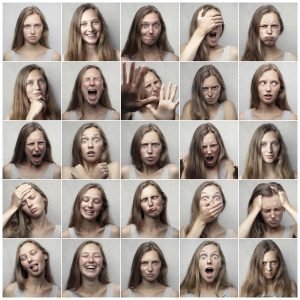 Could you improve your headshot by being more authentic, and by giving a better performance in front of the camera? Could you consider the headshot photographer as a ‘part of the cast’ in this performance? Working with them and therefore improving your chances of more auditions and more chances to impress etc…

I’m not trying to put myself up there on the same lofty pedestal as those great acting teachers. But I am saying that after photographing over 20,000 actors I have developed my own techniques that help actors give a better performance in front of the stills camera.

And make no bones about it. You have to perform authentically and honestly for your headshot.

Meisner said – to be an interesting actor, you must be authentic. For you to ever be authentic, you must embrace who you really are.

To me, they are both talking about authenticity and being real. Placing yourself ‘in the fiction’ is about being the real character.

Meisner says ‘to be an interesting actor, you must be authentic’. I believe they are talking about being real and being honest.

The power of an awesome headshot

Every actor should be striving for the very best headshot they can. An awesome headshot will open doors to agents, management and casting directors. It will make introductions to all of the people who can help your career. The power of an awesome headshot shouldn’t be underestimated.

What is being authentic but being honest? Don’t hold things in your imagination, embrace who you really are and bring your personality to the character. That’s how you make a character your own, by bringing your personality, your experiences and your vision to a role.

This is what I encourage actors to do if they want an awesome headshot. I encourage them to perform for the camera. I give them scenarios to work with. I sometimes improvise directly with an actor around a character or scene. I ask actors to react to my suggestions in a favourite character and I use other techniques depending based upon how the actor responds,

My ultimate responsibility is to deliver a set of brilliant headshots to my clients. I do this by adopting the role of a director. I give actors direction and pointers on how to improve their performances for a better headshot.

A headshot is a performance… look out for Part 2 of this article in next week’s Tuesday’s Headshot Tips. 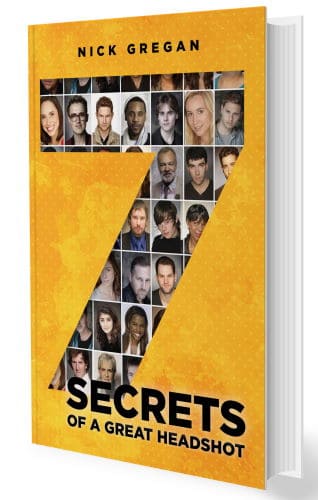