Cheap Headshots Are They Worth It?

I gave a workshop recently where I heard an actor say they were going to get some cheap headshots done. As you can imagine I was surprised to say the least!

I’m sure you’ve heard the phrase, ‘you get what you pay for’ on a regular basis right? Well when it comes to actors headshots,things are no different.

They all offer a range of services as well as a range fees. Some are at the big-bucks and others are in the bargain basement department with slogans like ‘Headshots for £50.00’. Simply type cheap headshots into Google and you’ll see many similar offers. But are they worth it? 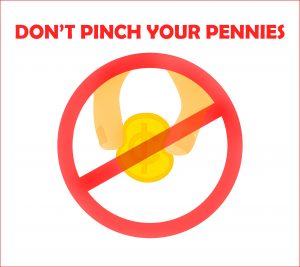 While I wouldn’t explicitly tell anyone how and where to spend their money, my advice would be – as I have written in other blog posts – it’s a chance going with cheap headshots as they can turn out poorly. It’s a big risk to be taking with your career. Consider this; if you’re at the start of your acting career, bad or cheap headshots can have an extremely negative effect on it. Think of this scenario; you’re fresh out of drama school and ready to hit the big wide world. Your budget is tight so you have some cheap headshots done – you think you look great! After several months you’re not getting through the Casting Directors door, you haven’t booked any jobs and you’re starting to feel under pressure. You’re parents and friends are saying ‘ok you’ve tried that, now it’s time to get a proper job!’ You’re starting to feel pretty glum about stuff.

However they do tell you’ve got a great look and you should be auditioning – great news! They’re also kind enough to suggest a headshot photographer who’ll do a great job. The problem is they’re four times more expensive than your cheap headshots – it’s a dilemma!

You have two choices, go for more cheap headshots with someone else and hope they do a great job (unlikely) or do you suck it up and go and book a professional headshot photographer?

Don’t take a chance with your career, stay away from those cheap headshots.

If you want further confirmation on why not to have cheap headshots read this article on Backstage or check out this article here.

Please feel free to post a question and I’ll answer it as soon as I can.