Do Bad Actors Headshots Mean Little Or No Success

Only yesterday I had a shoot with a woman who’d had several actors headshot sessions with other photographer both here and in the USA. She’d contacted me a few weeks ago in in a state of desperation and without much hope. She showed me some of her previous shots and explained to me that she wasn’t getting any auditions even though her agent was sending her up for jobs. To be honest she was fairly despondent and not very hopeful that I could get her a great actors headshot. But I knew better.

She’d asked me to look at her previous headshots and comment on them. There were two things that jumped out at me, firstly there were so many different looks, from short hair, curly hair, long hair and hair that had strong highlights in it. I wasn’t sure which hair style was going to show up for my shoot and knew that any casting director would have the same problem? 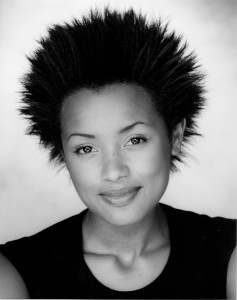 A Great Example Of An Actors Headshot © Nick Gregan

Secondly and more importantly her eyes were flat and lifeless. Anyone who reads my blog regularly will know how much emphasis I put on the eyes and having some form of emotion and connectivity in them.

I am very pleased to say how  happy my client was with her results, especially after her somewhat trepidatious start. She felt that she was doing something wrong, or not doing enough until I explained to her what to do exactly. After all that is what a client pays for; my skill, my knowledge, my encouragement and most of all results!

We were both really happy with the headshots and I am looking forward to following her future when using the new headshots.