How long does it take for your headshot to make an impression?

According to scientific research by Janine Willis and Alexander Todorov at Princeton University it takes just a tenth of a second for people to make judgements about you based on your facial appearance. Wow, that’s not a lot of time!

In this study Willis and Todorov asked university students to rate the attractiveness, likeability, competence, trustworthiness, and aggressiveness of actors’ faces after looking at their photos for just 100ms.

The students were ordinary people but they made snap judgements, imagine what decisions a seasoned professional can make in the same time? You guessed it, I’m talking about casting directors who look at hundreds of headshots every week. That’s why your headshot needs to be the very best it can be. If you stretch out those 100 milli seconds to a whole second or even two or three – it’s still not a long time to make the right impression.

I’ve talked may times about things like the Wow Factor, connectivity, understanding your castability and making the right first impression in this blog, and in my new book. The Headshot Bible covers everything there is to know about a headshot in greater detail.

Though sometimes it takes hard proof and concrete scientific facts help to persuade actors that first impressions do count with your headshot.

Going back to the research…

The ratings they gave the faces correlated strongly with ratings given by other students who were allowed as long as they wanted to rate the faces. The strongest correlation was for trustworthiness. “Maybe as soon as a face is there, you know whether to trust it”, the researchers surmised.

Do you need to be trustworthy in your headshot? I believe you do, in terms of doing the job the casting director needs to believe you can perform and deliver the role.

And back to the research…

As the time the students were given was increased up to half a second, or to a whole second, their ratings continued to correlate just as strongly with the ratings given by the students who were allowed as long as they wanted to rate the faces. However, with more time, the students’ ratings became slightly more negative and their confidence in their judgments increased.

“These findings suggest that minimal exposure to faces is sufficient for people to form trait impressions, and that additional exposure time can simply boost confidence in these impressions. That is, additional encounters with a person may only serve to justify quick, initial, on-line judgments”, the researchers said.

With more time the students confidence in their judgements increased so as the researchers said “ additional encounters with a person may only serve to justify quick, initial judgments” this suggests that casting directors go with their initial gut-instinct even when they have a longer time to look at the headshot.

How does this affect actors’ in real terms? Well if your headshot isn’t doing the business then don’t expect to get to many auditions. If you don’t get many auditions you don’t get the chance to show the casting director how good an actor you are. If you can’t do that, then you won’t be acting very much.

It is absolutely critical that you have a brilliant headshot, one that gets you noticed and helps you stand out from the crowd. 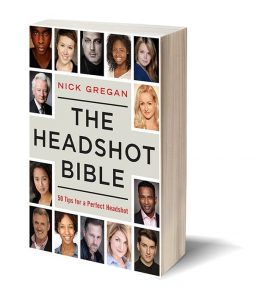 As I say in my book The Headshot Bible, your headshot is your main marketing tool.

Further reading on this subject can be found at the New Scientist magazine where they did their own research based on Willis and Todorovs work.