It’s funny how the more famous you get the less you need a good actors headshot, I mean what casting director doesn’t know what John Malkovich looks like or Tom Cruise, Angelina Jolie etc. But for the rest of the ‘mere mortal’ actors, those just starting out and those already well established they all still need to have an up to date headshot by a professional headshot photographer. It’s about presenting your best impression in the split second the casting director looks at it. It’s about giving yourself the best chance or creating the best first impression.

Anyway back to Malkovich, in this great article he details how he prepares for a role what he thinks of directors and so on. Here’s a snippet but I urge you to read the full article by clicking on the link below. 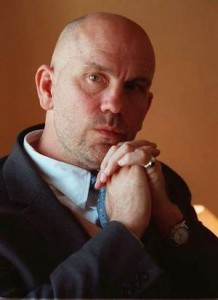 “I would prefer that the director make clear what they want from me.”

He mentioned Joel and Ethan Coen, who directed his darkly comic role in “Burn After Reading,” as having specific notions of what they want.

Yet, he said, “They’re also happy to see what you bring.”

Malkovich said that Robert Schwentke, who directed him in “Red,” has a similar approach.

“Robert watches the actors very closely and he has opinions about them,” he said. “I think most directors want some options, and I think they’re probably relieved when you think of some. Of course there are directors who leave you completely alone, and that can be OK, too. I can go either way, or any of a hundred ways.”