Preparation Is The Key To A Great Actors Headshot

Every actor knows how important it is to have a great actors headshot so why not give yourself the best possible chance of achieving that by taking the time to prepare properly before your shoot? Over the last ten years or so in the elite sporting arena you hear the term ‘Marginal Gains’ used on a regular basis. It’s an ultra competitive world where the difference between success and failure is measured in split seconds   and as a result, it’s a world where every effort is made to find ways to get an edge on the opposition.

Think of the competitive world of acting in the same way, there are hundreds of actors with similar looks, skills and experience to you out there, they’re all competing for the same jobs – how can you stand out from the crowd and catch the Casting Directors eye? You can do it by applying the ‘marginal gains philosophy’ to your headshot and other parts of your career. 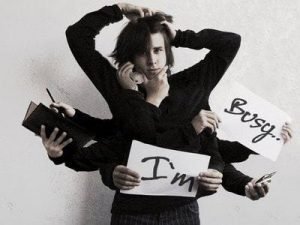 Next time you’re thinking about a new photo shoot make sure you include time for preparation. A good way of approaching your photo shoot is to count backwards from a specific date making sure you allow yourself time for all the important things I’ve heard actors often say they don’t need to prepare for their shoot, saying that shooting headshots is a ‘piece of cake’. They say they know what to do and they can simply turn up at the studio and deliver what is needed on cue. I’m sure most of them get passable headshots working this way but in the competitive world of acting headshots that are ‘passable’ just aren’t good enough. Certainly not when there are so many good actors out there with great actors headshots competing for the same roles as you. It’s about being professional in every aspect of your acting career, lack of preparation for an audition or performance simply isn’t acceptable neither should you consider a similar approach to your headshot session.

I understand that many actors are busy holding down part-time jobs and in some cases several jobs to fund their careers I’m also aware there are a multitude of expenses actor’s have to account for such as, acting classes, show reels, web sites and subscriptions to name just a few. It can seem like never ending list of demands on your time and financial resources. But, headshots are one thing you shouldn’t try to scrimp and save on.

Preparation and attention to detail are vitally important, you’re paying your hard earned money to get headshots that’ll get you noticed and get you work, so don’t leave things to the last minute. In the words of Franklin D Roosevelt “Fail to prepare, prepare to fail”. The above is an abbreviated except from Tip no.1 in my new book ‘50 Tips For A Perfect Headshot, How To Put Yourself In The Frame‘