Should I Retouch My Actors Headshot Extensively?

Should I Retouch My Actors Headshot Extensively?

That’s a big question and the answer depends on whether you want to work or not.

Picture this true scenario from a few years ago. A beautiful client is having her headshot done with me, and she is adamant that I must not photograph her from any other angle than straight on. Her reason was that she had a big nose and did not want anyone who looked at the headshot to see her big nose. My immediate reaction to this was why not? It’s who you are, part of your personality. I myself have a rather big nose – so what!

Whatever I said I couldn’t convince her to budge. I explained to her how the process of submitting headshots and then going for auditions worked but she was still immoveable. 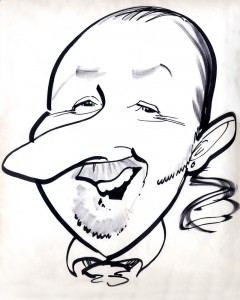 See What I Mean About Me?

She started to weaken only when I changed my approach, I said what if there’s a casting specifically for someone with a big nose and you’re perfect for the part but nobody will cast you because they can’t see how you look. This made her waver a little. I also explained that I thought my time was valuable and that I didn’t like to waste it, she readily agreed her’s was too. Why would you waste your time traveling across London or any other large city for that matter to an audition and when you get there you are told that they wanted to see the person in the headshot that was submitted ( and not the person with the big nose who has just walked in ).

I am pleased to say that she eventually agreed to some extra shots that showed how she looked truly, I’m also really pleased that she called me a month or two later to say she’d been cast in a commercial something she would never have thought of auditioning for in the past. I was really pleased for her and myself. But I did wonder if it’s actually my job or my responsibility to persuade her to follow my line of thinking.

In the end I realised that as an actors headshot photographer working in London it was part of my service to my clients to offer my knowledge and advice. In real terms many actors don’t fully understand how the casting process works and would rather retouch their headshot extensively to look like someone they think they look like as opposed to simply being themselves.